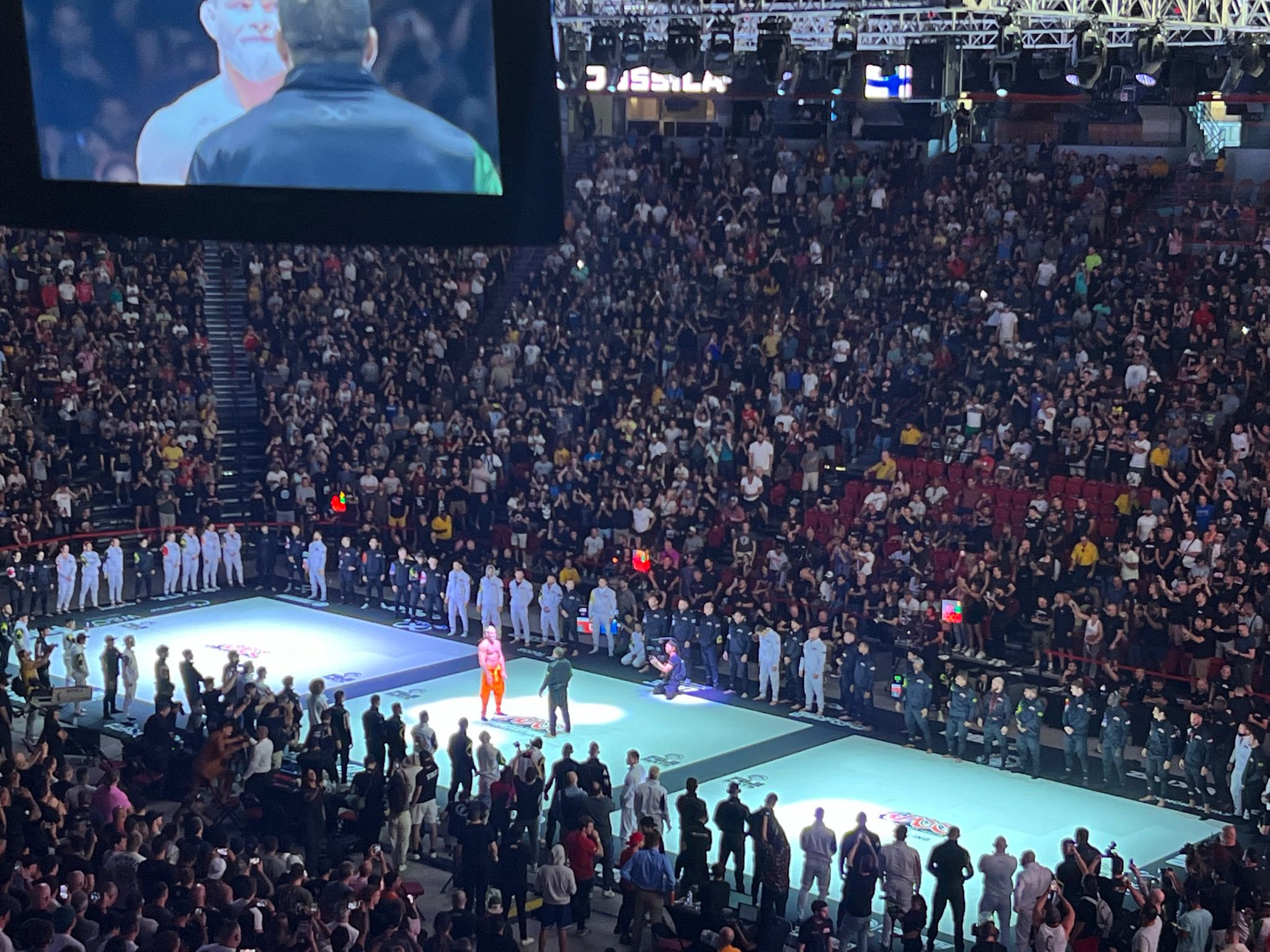 Recently, the ADCC World Championships were held in Las Vegas, Nevada and it’s already being hailed as one of the greatest grappling events of all time.

Held once every 2 years, over the course of 2 days, the ADCC World Championships is often referred to as the “Olympics of Grappling”. Filled with only the best submission grapplers in the world, the only ways to earn a spot in ADCC is through winning the trials tournament, with qualifiers being held on 4 different continents, or being invited due to prior accomplishments.

Submission Grappling, also referred to as No Gi Jiu Jitsu, is a variation of jiu jitsu that doesn’t involve the use of the traditional BJJ kimono (gi) and often emphasizes more wrestling and leg lock submissions than traditional BJJ. No Gi submission grappling is gaining in popularity, particularly in North America, which was reflected in the podium results of this year’s ADCC. For the first time in ADCC history American competitors won the majority of the gold medals, with the USA winning 5 of the 9 available gold medals. Among this year’s gold medalists were American standouts Kade Ruotolo and Gordon “The King” Ryan.

Grappling prodigy Kade Ruotolo had the breakout performance of the event, submitting every opponent he faced to become the youngest champion in ADCC history at just 19 years of old. Gordon Ryan lived up to the hype by winning double gold, easily winning the +99 kg division and the super fight against grappling legend Andre Galvao, the first to ever accomplish such a feat. At just 27 years of age Gordon is fast becoming the biggest star in the sport and already regarded by many as the greatest submission grappler of all-time.

Many athletes who are interested in training MMA include no gi grappling as part of their training due to the fact that the wrestling and lack of using kimono grips translates better to MMA. One such athlete is Dilano Taylor, who earned all his belts, white through brown at American Top Team Fort Lauderdale. Coach Dilano is currently a pro MMA fighter in the PFL, coming off a huge knockout win over MMA legend Rory Macdonald. Coach Dilano often teaches the wrestling techniques in the advanced submission grappling classes.