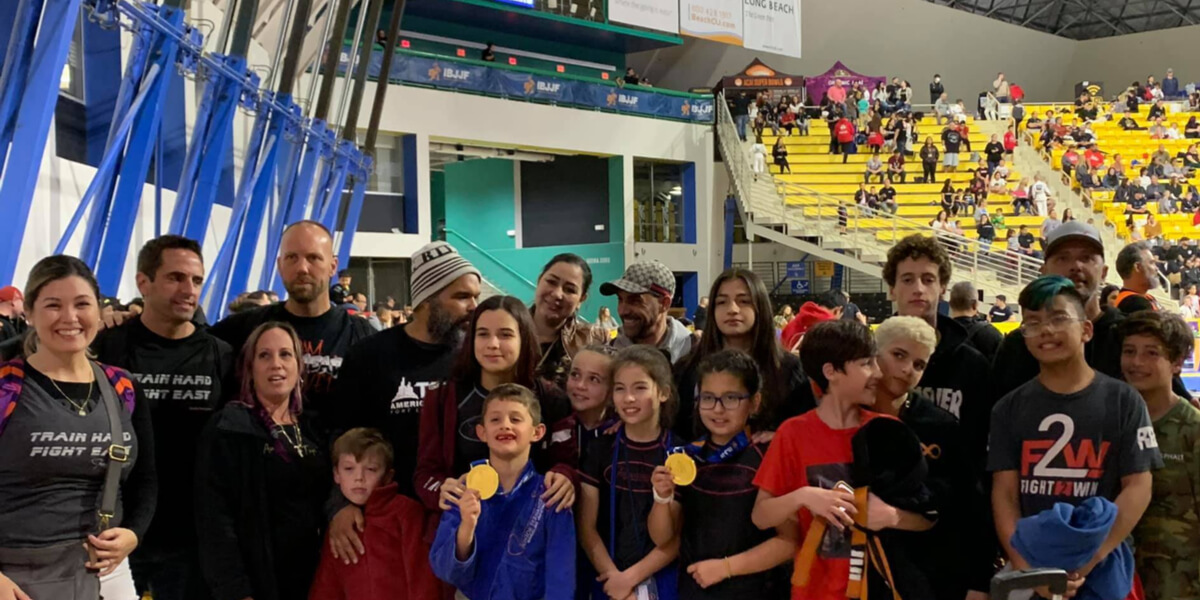 The 2020 IBJJF Kids Pans last month was one of their biggest tournaments to date and American Top Team Fort Lauderdale brought a strong team of 8 competitors to Long Beach, California to compete in the most prestigious kids jiu jitsu tournament in the world.

Every year competitors travel from all over the world to compete for the title of Pan Kids Champion. Last year 2 members of our Fort Lauderdale kids jiu jitsu team won the title of the premier grappler in the world at their given weight class: Jorge Fernandes and Yanko Lopez won gold. Sophia Lopez also made the podium. This year ATT FTL sent an even larger team of competitors to Long Beach and had even better results! Of the 8 competitors ATT FTL sent, 5 of them made the podium. Jorge Fernandes, Ana Luiza Fernandes, Yanko Lopez, Sophia Lopez, Rebecca Cardenas, Angelica Cardenas, Kaiden Kocher and Amaya McDermott all had strong showings and represented the team well on the world stage, with Rebeca Cardenas and Kaiden Kocher both winning gold, as well as Ana Luiza Fernandes winning bronze, Jorge Fernandes winning silver, and Sophia Lopez winning silver.

This is the result of months of hard work, training and discipline. It shows them what’s possible when they take personal responsibility for the effort they put into their physical conditioning, their diet and for the learning of new techniques. At the highest levels of competition it’s not enough to simply be strong or fight hard, they have to also be technical and smart with their strategy. That’s one of the biggest benefits of kids jiu jitsu; it engages them both physically and mentally.

Win or lose, this was an amazing trip with lots of great memories for the team and many lessons learned that will help the kids on and off the mat. We look forward to next year’s Kids Pan Championship, but until then, there’s plenty of hard work to be done.