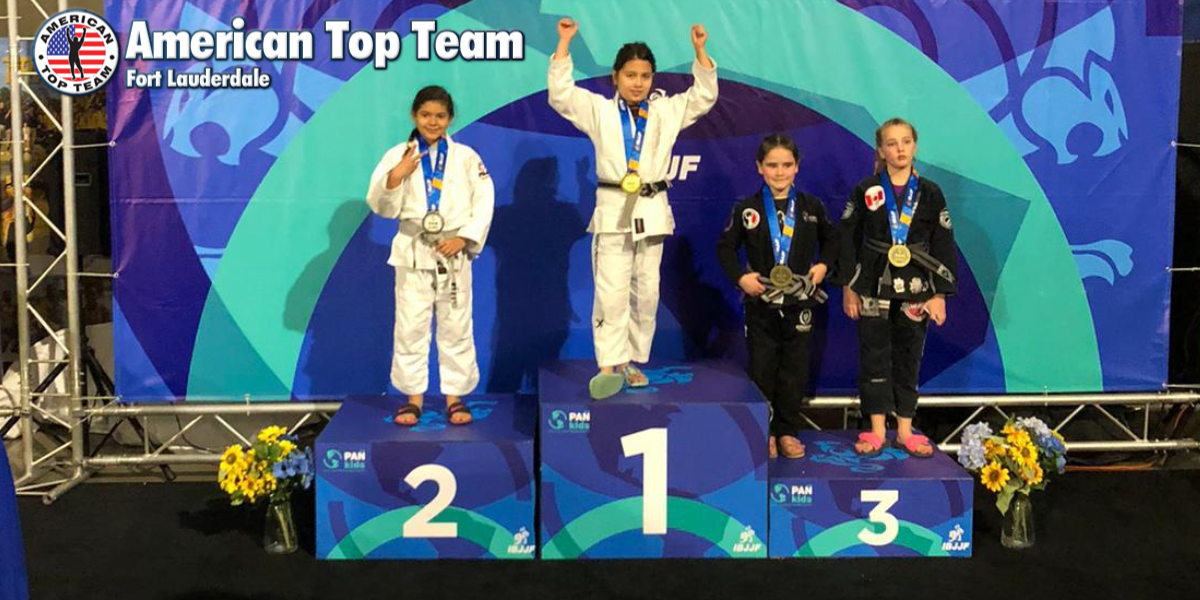 ATTFL is headed to California for the IBJJF Kids Pan Ams!

Held in Long Beach, California once a year, The IBJJF Pan Kids Championship is the most prestigious jiu-jitsu tournament in the world for kids. Competitors travel from all over the world to compete for the title of Pan Kids Champion. Last year 2 members of our Fort Lauderdale kids jiu-jitsu team won the title of the premier grappler in the world at their given weight class: Jorge Fernandes and Yanko Lopez won gold. Sophia Lopez also made the podium. Our kids have been preparing hard, both mentally and physically to accomplish their goal of becoming a champion in their sport. This requires great discipline, focus, and determination.

Not only do they have to work hard, but they have to be responsible outside the mat as well. One example is making sure they stay on weight for their weight class. They have to show discipline at home by not eating junk food, checking their weight routinely and taking ownership over that aspect of their lives. This teaches them important life lessons about personal responsibility.

Setting a goal and working hard to achieve it is very beneficial to many other aspects of their lives. It shows them the value of hard work and focus, which translates to the classroom as well. Competing at the highest levels also requires them to not only fight hard but also be very strategic. Jiu-jitsu is a thinking person’s sport. It values technique and strategy over strength and athleticism, which is why many people think of it as physical chess.

Last year our Fort Lauderdale kids jiu-jitsu competition team sent 4 athletes to the tournament and came home with 3 medals, including 2 golds! This year ATT FTL is sending a much larger team and expects even better results. We want to wish good luck to all our jiu-jitsu kids competing in Long Beach: Jorge Fernandes, Ana Luiza Fernandes, Yanko Lopez, Sophia Lopez, Rebecca Cardenas, Angelica Cardenas, Kaiden Kocher, and Amaya McDermott. Win or lose we’re all proud of you guys and the hard work you’ve put in.