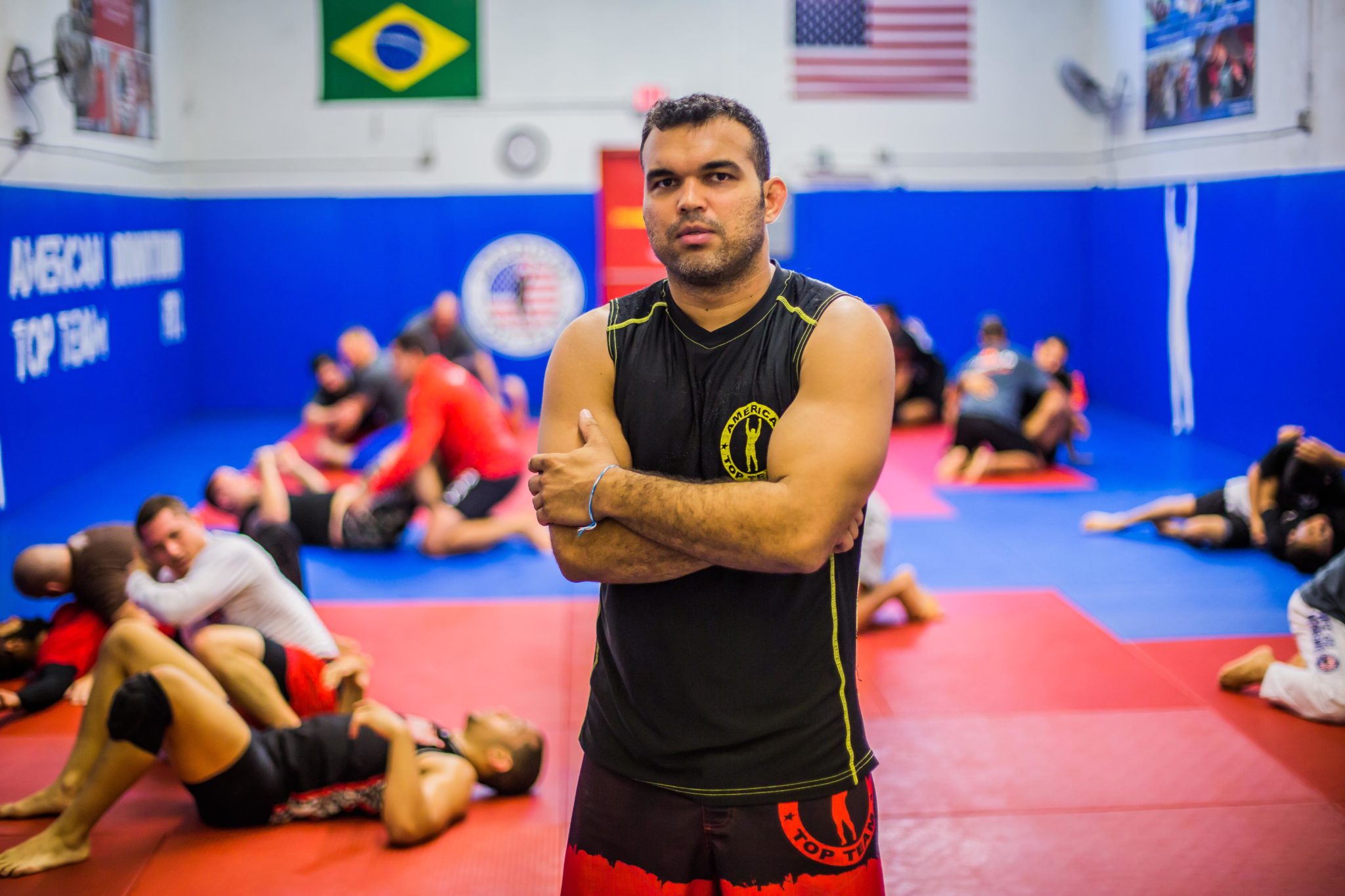 Hi, my name is Junior Fernandes. I’m the owner and head instructor at American Top Team (ATT) in Fort Lauderdale.

I hold the rank of fourth degree black belt in Brazilian Jiu-Jitsu under the legendary Master Ricardo Libório. I am also a brown belt in Judo.

Born and raised in Rio de Janeiro, Brazil, I began training in Brazilian jiu-jitsu (BJJ) at the age of 15. My brother-in-law, Wallid Ismail, a famous fighter and black belt who fought (and won) several well-known matches against members of the Gracie family, encouraged me to give BJJ a try.

He introduced me to 5th degree black belt Ricardo Calvalcanti, my first coach, who ran a small school close to where my family lived.

From the very beginning, I loved Jiu-Jitsu. Not only is it a great sport and an amazingly efficient form of self-defense, but the relationships I’ve made as a result of practicing and teaching it have become like family to me.

Soon after, I began training at Carlson Gracie’s academy in Rio de Janeiro. Carlson Gracie was the eldest son of the founder of Brazilian Jiu-Jitsu and is widely considered one of the greatest Jiu-Jitsu masters to have ever lived. His black belts include legends of the sport such as Ricardo de la Riva, Murilo Bustamante, Mário Sperry, André Pederneiras and Vitor Belfort, among more than a hundred others.

It was at his academy that I met Master Libório, who would become my coach and eventually award me all of my belts from blue to black.

Many consider Master Libório the best black belt created under the tutelage of Carlson Gracie, who often referred to him as his best student. He had a natural talent for the sport and a warrior spirit that allowed him great successes in competition. For instance, in the first ever Mundials, or World Championships, in 1996, Master Libório, who only weighs around 175 pounds, entered the super heavyweight division. Not only did he win gold in the final seconds of the championship match, he was awarded “Most Technical Brazilian Jiu-Jitsu competitor,” which is a high honor in the sport. Today, Master Libório holds the rank of coral belt (7th degree) in BJJ and is a black belt in judo as well.

When Master Libório left for the States, he left a good friend and instructor of mine, Eduardo “Teta” Rios, in charge of handling the teaching at Brazilian Top Team. Eduardo’s guidance helped fine-tune my game as I progressed from brown to black.

For several years after college, I got into my family’s business – real estate – but my passion has always been Brazilian Jiu-Jitsu. So when Master Libório called me in 2007 to teach at American Top Team, my wife Ana and I packed our bags and moved to South Florida, where we’ve been ever since, raising our two young kids and now running the ATT Academy in Ft. Lauderdale. American Top Team and all of its affiliates are very much like a family. We look after and support one another, on and off the mats.