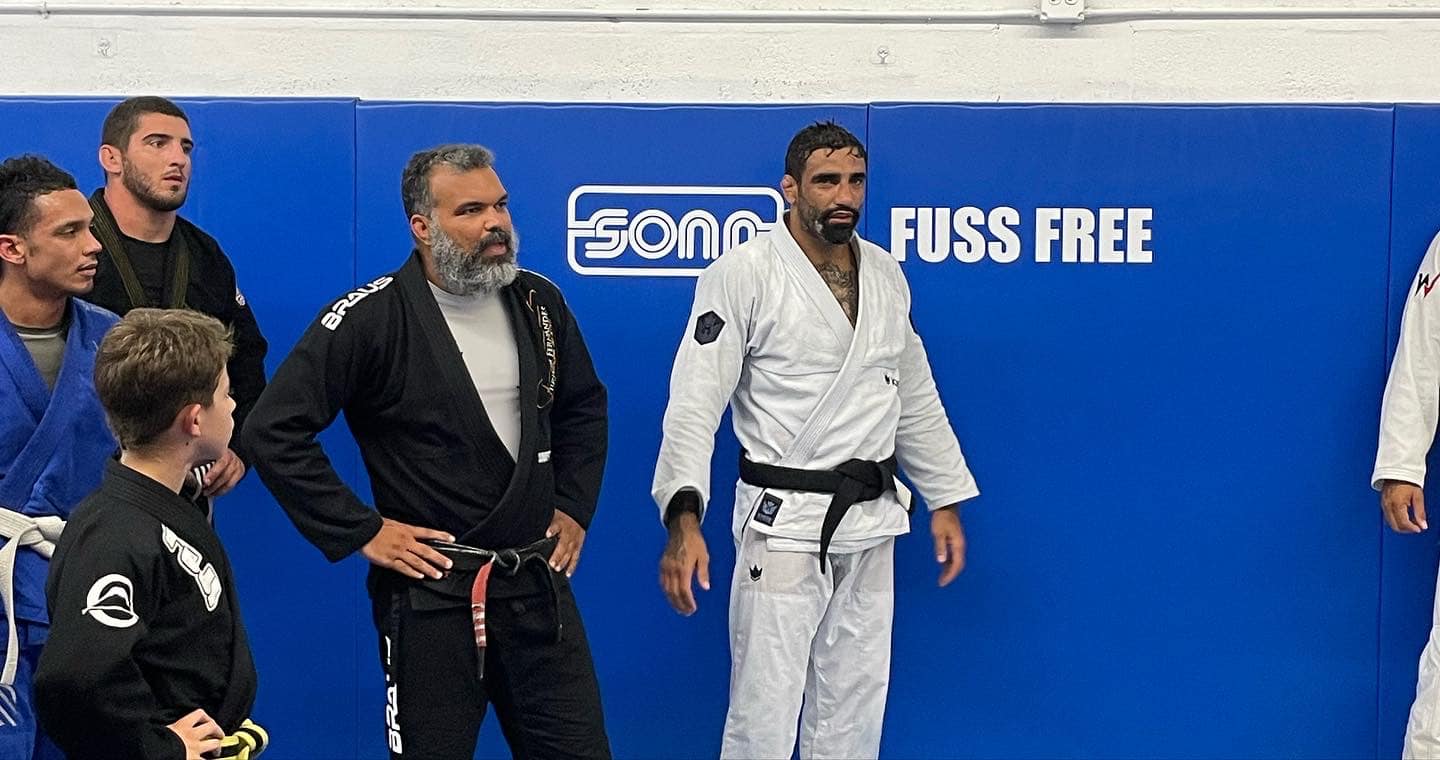 Jiu jitsu fans all over the world are currently mourning the death of one of the greatest jiu jitsu competitors of all-time, Leandro Lo. Leandro was one of the most beloved jiu jitsu athletes worldwide and always considered a fan favorite because of his exciting style. Whenever Leandro stepped on the mat, all eyes were on him.

American Top Team Fort Lauderdale was fortunate enough to recently host him for a seminar just weeks before his tragic death. Our mats were packed with jiu-jitsu practitioners from schools all over South Florida; all eager to learn from the legend himself. Within a couple of days of announcing the event, it quickly reached capacity at over 60 students with many more on the wait-list.

Leandro showed some of his famous guard passing techniques that lead to his reputation as one of the best guard passers in the history of the sport. One of the first thing’s Leandro did was go around personally to everyone attending the seminar to shake their hand individually, say hi, and answer any questions they might have about his techniques. His passion for the sport and attention to detail was obvious to everyone in attendance.

After showing as many of his guard passing secrets as time would allow, the students in attendance were then able to spar with each other and some with Leandro himself. It was an experience those lucky enough to attend will never forget.

Leandro’s legacy will live on through the athletes he inspired and his techniques many have studied and will try to replicate for generations to come. We at American Top Team Fort Lauderdale want to express our gratitude to Leandro Lo for everything he’s done for the sport we love, as well as express our deep condolences to Leandro’s family and friends.