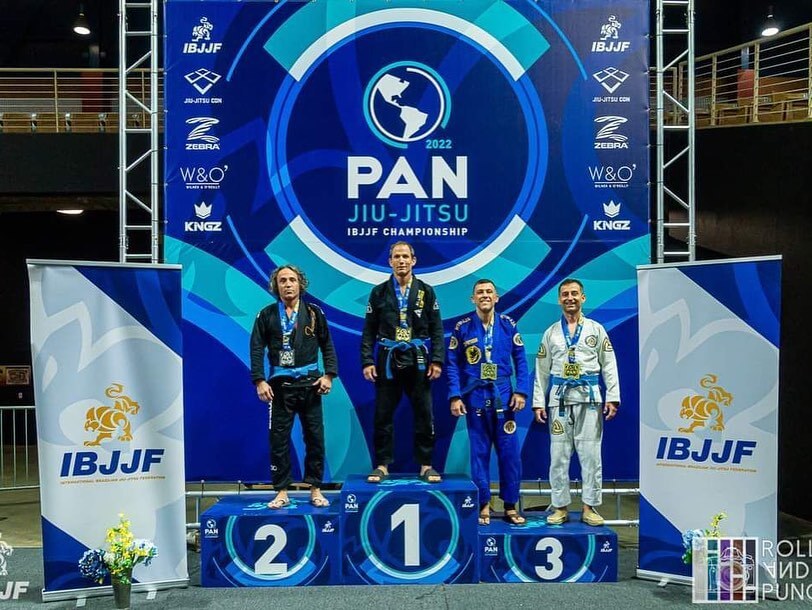 Held once a year, over the course of five days, the IBJJF Pan Championships boasts thousands of athletes from all over the world, all fighting for the chance to call themself Pan American Champion.

American Top Team Fort Lauderdale sent a strong team of 10 competitors to Orlando and had competitors representing the team on all 5 days of the tournament. In the end, out of 10 athletes represented, 7 athletes came home with medals, with several becoming 2022 Pan Champions! Watch here!! 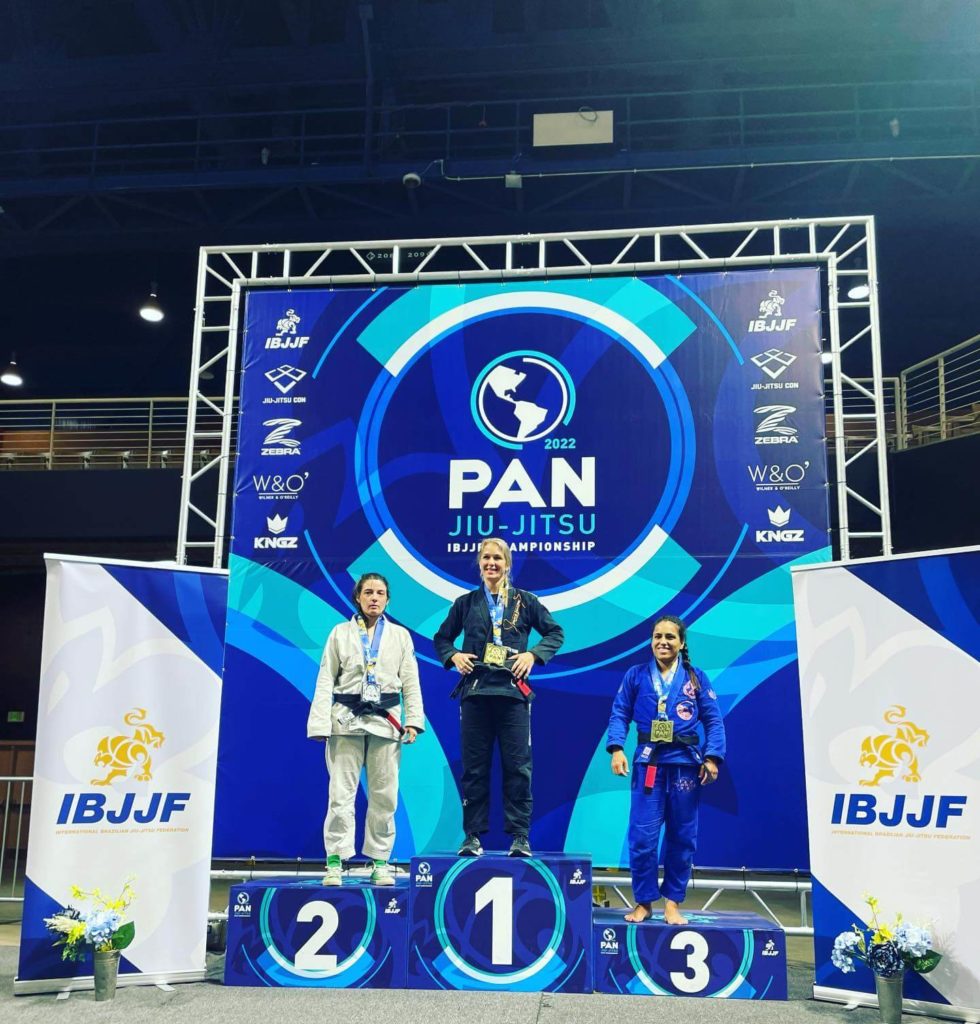 Daniel Carreno won his division by a combined 42 points to 2 with 2 submissions. He became the 2022 Pan champion in the adult white belt division and was awarded his blue belt on the podium by Master Junior Fernandes. He also had the distinction of ending his tenure at white belt ranked #1 in the world.

Larissa Mendes won her second Pan title after winning both the Pan Championships and the World Masters last year, the 2 two biggest titles in the sport. Once again, she did not concede a point, finished with 2 submissions and is currently ranked #1 in the world in the blue belt division. 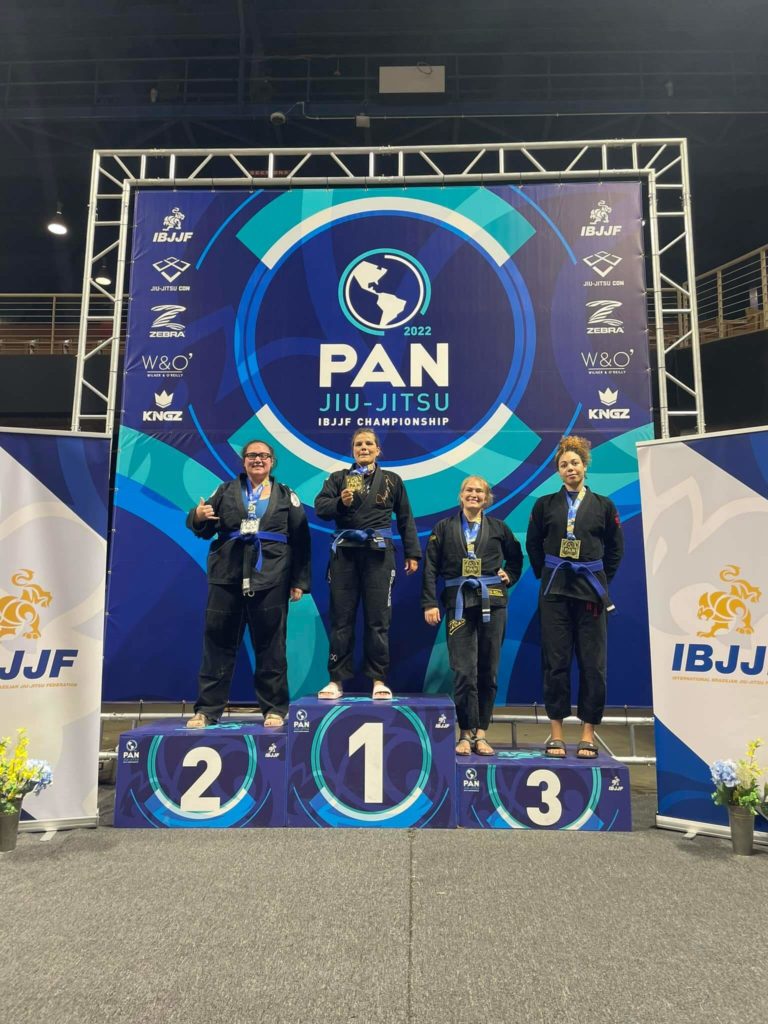 Coach Ryan Rogge won her 5th Pan American title, this time in the Black Belt division. She now has the distinction of having won IBJJF Pans at every belt, white through black, a rare accomplishment in the sport.

Denys Bendega won Gold in the purple belt division. Entering the tournament as the #1 seed, Denys was able to submit all his opponents to become the 2022 Pan Champion. 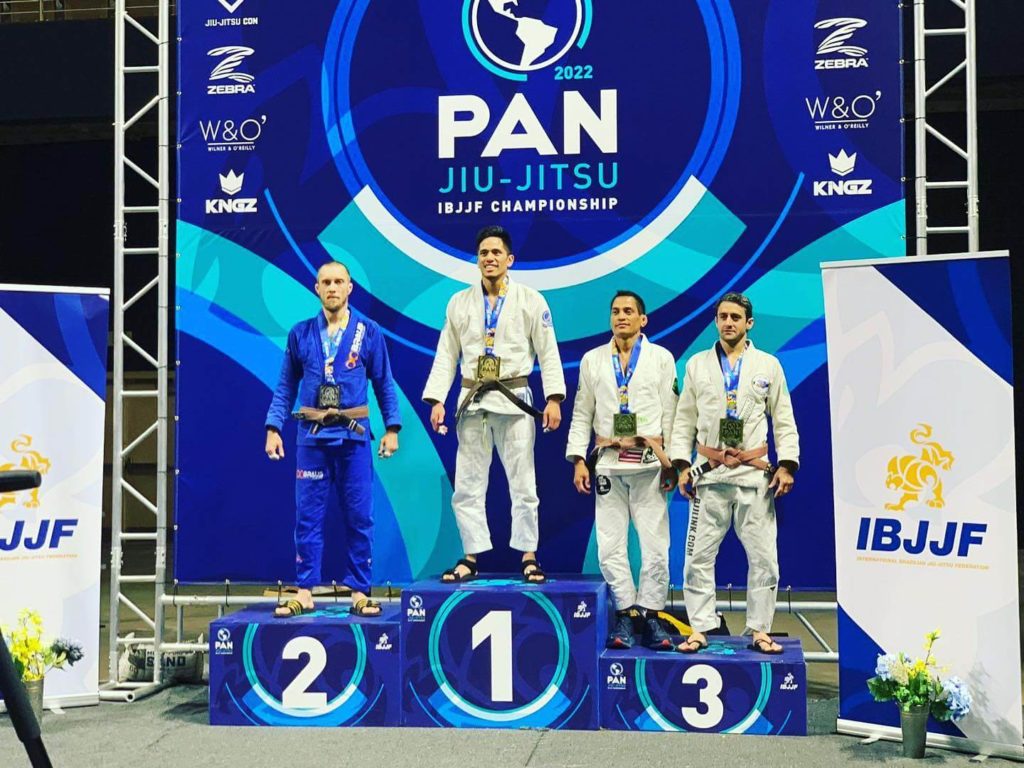 Win or lose, we’re so proud of all our competitors who represented American Top Team Fort Lauderdale at the tournament and we’re already preparing for the next challenge! 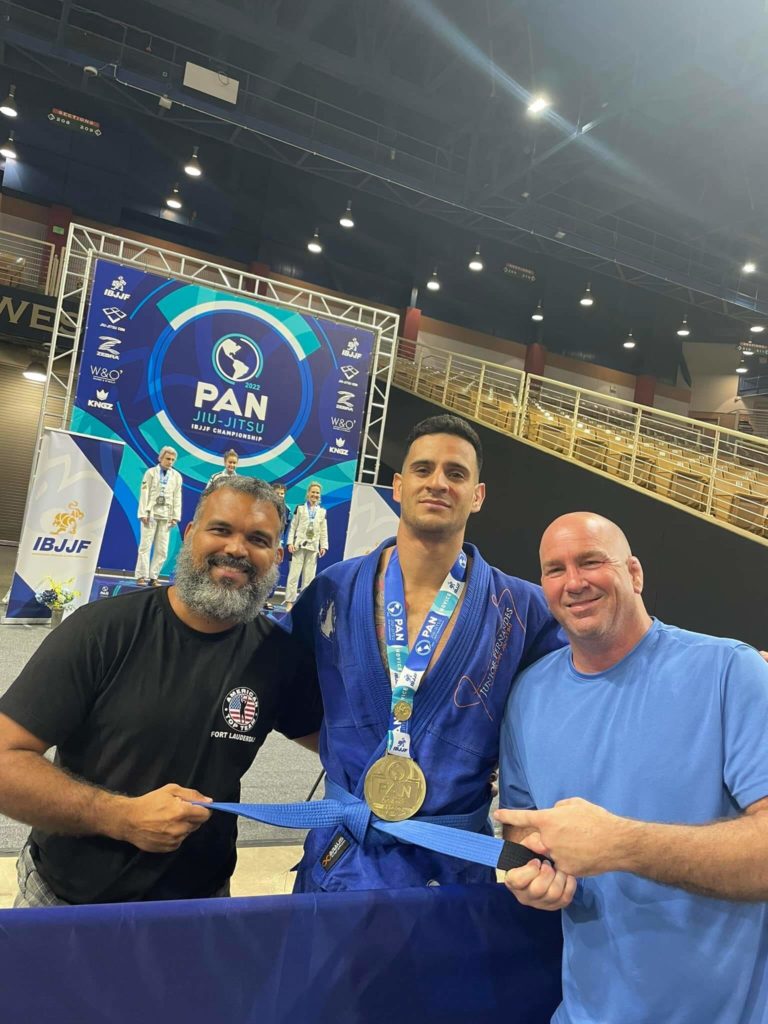