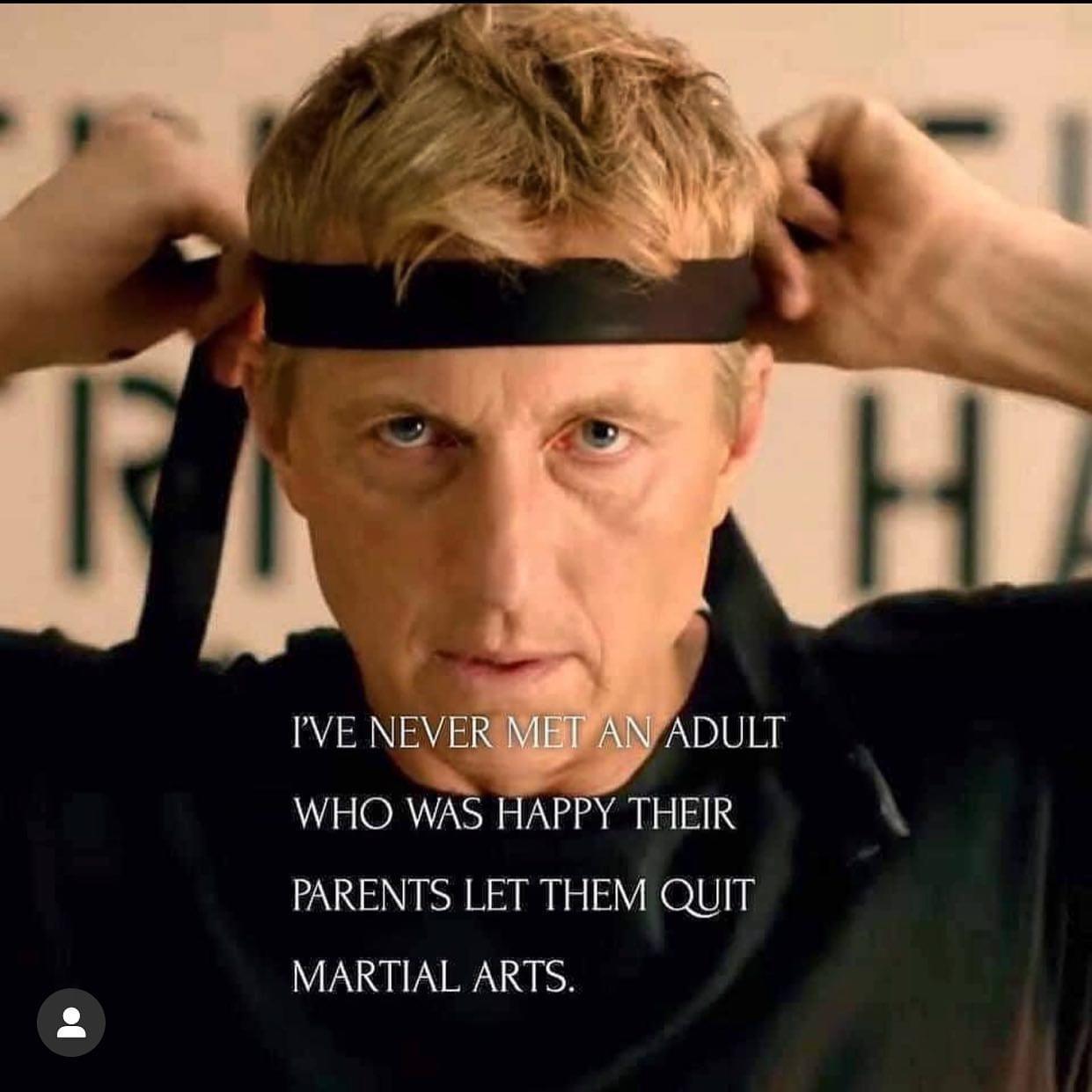 Everyone is talking about Netflix’s new series Cobra Kai, based on the original Karate Kid films from the 1980’s, and many people are wondering, although the characters and plot are clearly fictional, how much of the foundation of the show is based in fact?

The show centers around a martial arts dojo named Cobra Kai Karate that, under the tutelage of a tough and troubled instructor, eventually attracts a group of teenage students who are largely social outcasts and the victims of bullying. Through a series of events the students begin to slowly build self-confidence, the ability to defend themselves and find camaraderie with each other.

While many of the show’s events and fight scenes in Cobra Kai are dramatized for entertainment purposes and comedic effect, the foundation of the story rings true. Martial arts gyms, whether they’re karate, Brazilian jiu jitsu, judo or other martial arts are very effective in transforming those with no self-confidence or physical ability into strong, confident, productive people.

At American Top Team Fort Lauderdale, we see this most often with our kids program. We offer kids striking classes similar to those seen on Cobra Kai, as well as grappling classes like Brazilian jiu jitsu, wrestling and judo. Parents often bring us kids who have behavior issues, are out of shape, lacking social skills or are getting bullied. Through hard work we routinely watch the type of transformations seen on Cobra Kai. They become physically fit, gain friends through the gym and become confident that they have the ability to defend themselves against bullies, which in turn, makes them less likely to become a victim of bullying in the first place.

The transformation we see at American Top Fort Lauderdale happens because the accomplishments they achieve, such as gaining higher belt ranks, only happen with hard work and dedication. The accomplishments mean little to the kids if they know they didn’t have to work hard to achieve them. They also gain recognition and admiration from their peers when they achieve a new rank. This is very motivational for them and keeps them striving to work hard and accomplish their goals.

Some of the aspects of the Cobra Kai Karate dojo on the show that you will not find at American Top Team Fort Lauderdale include instructors drinking on the job and striking their students. These were clearly added for entertainment purposes. What you can find are former victims with a newfound ability to defend themselves against bullies. The confidence that comes with this ability also provides them the confidence to make friends and take charge of their own life.

Of course, all these benefits apply to adults too. While adults may not have to worry about being bullied at school, the ability to defend yourself and loved ones when needed is one of the most important skills we can possess, especially in these troubled times. So, what are you waiting for? Come try a class with us today. We have something for everybody and we pride ourself on our motto “American Top Fort Lauderdale: Martial Arts for the whole family.”

No Comments to "What American Top Team Thinks About Cobra Kai"